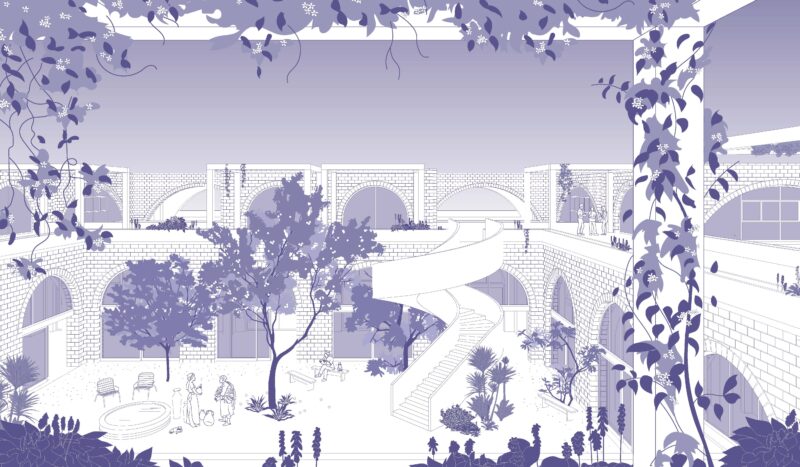 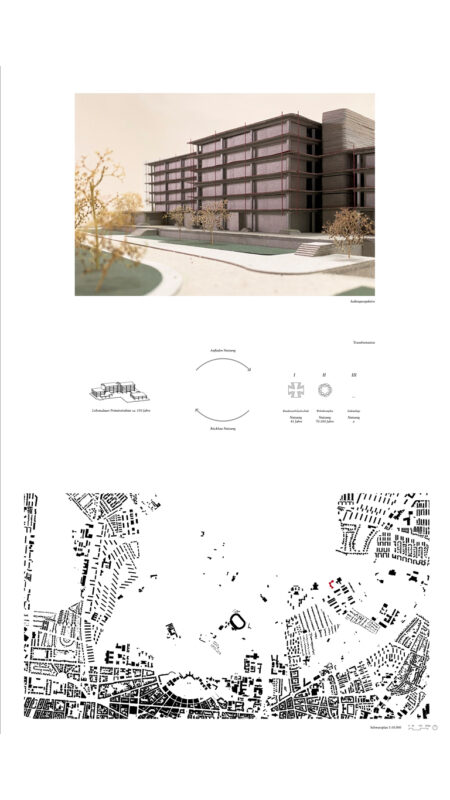 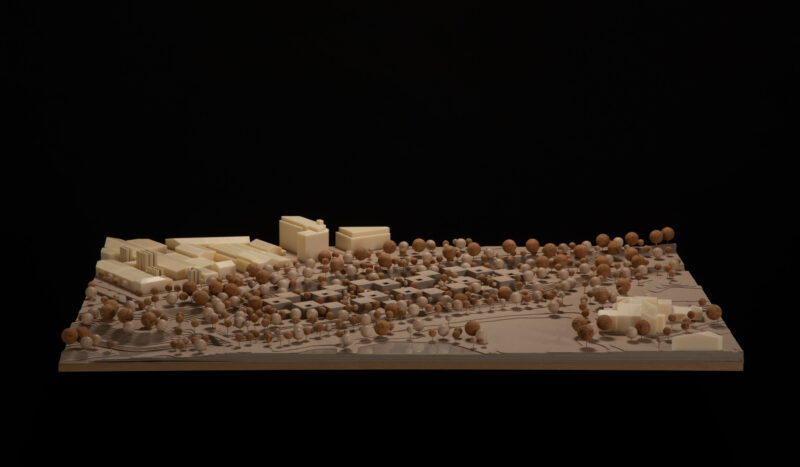 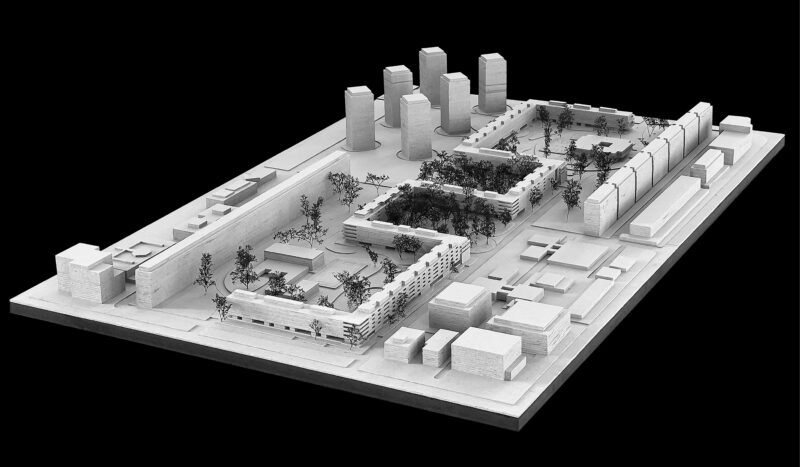 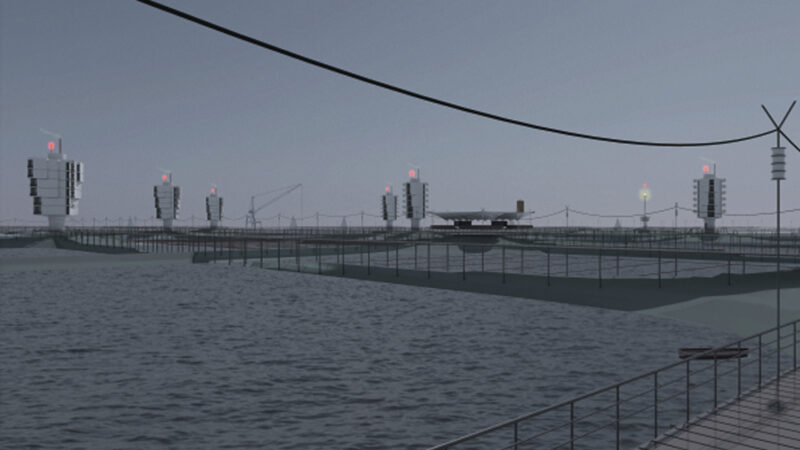 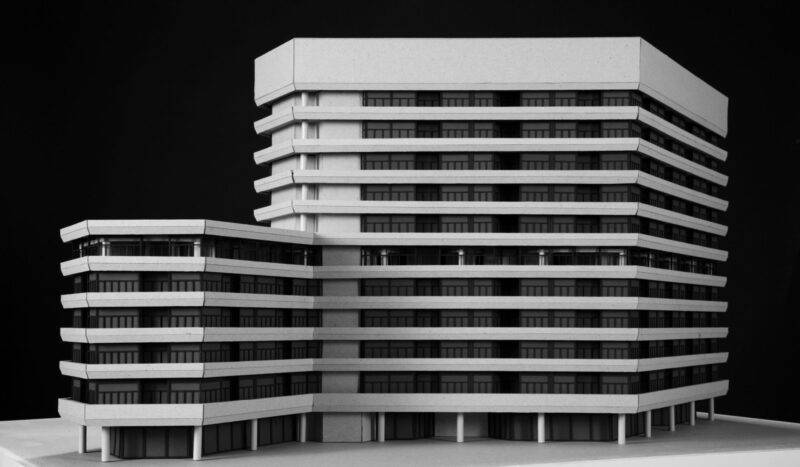 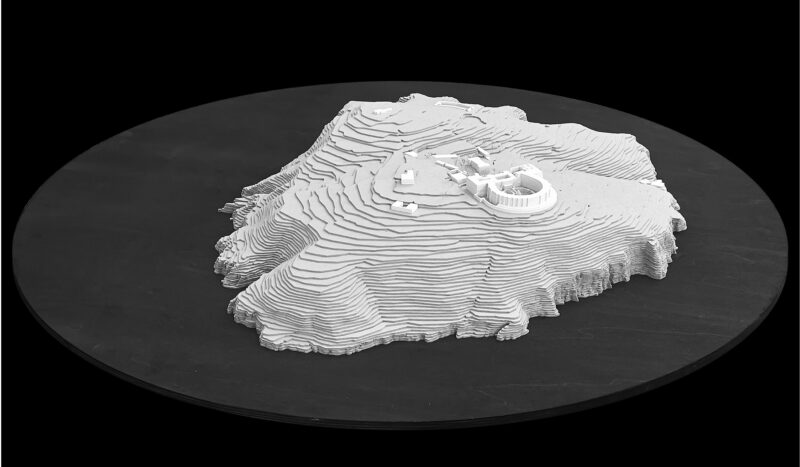 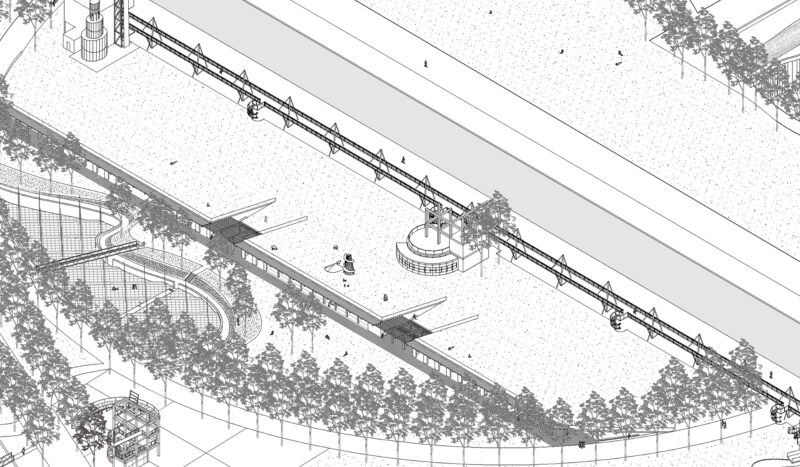 More Than a Water Tower
BA 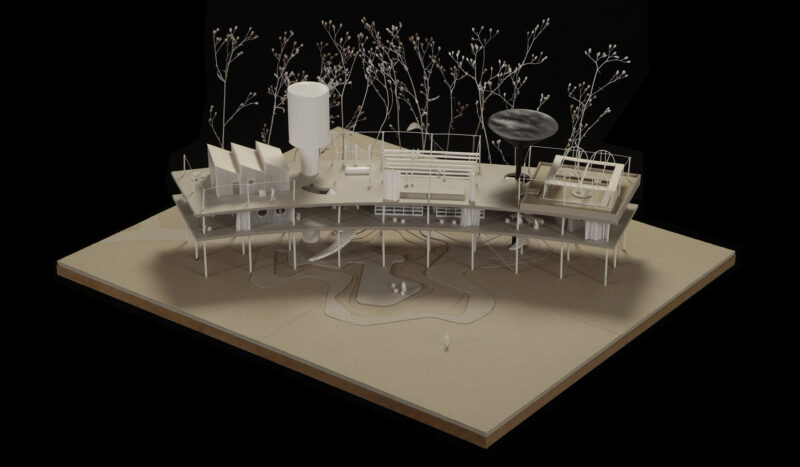 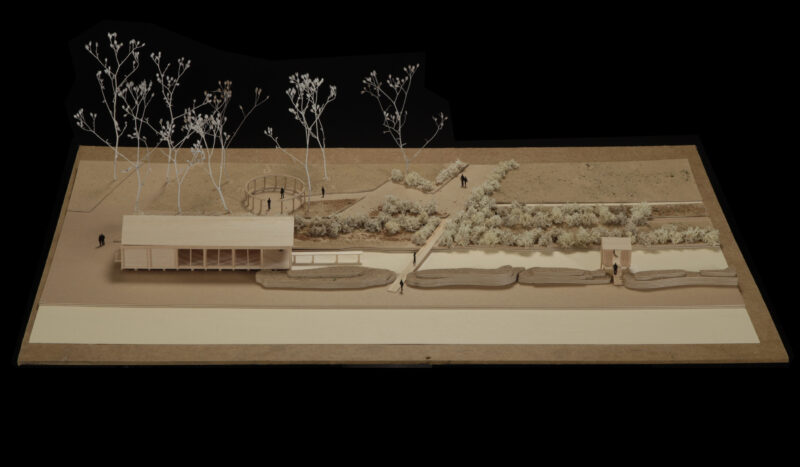 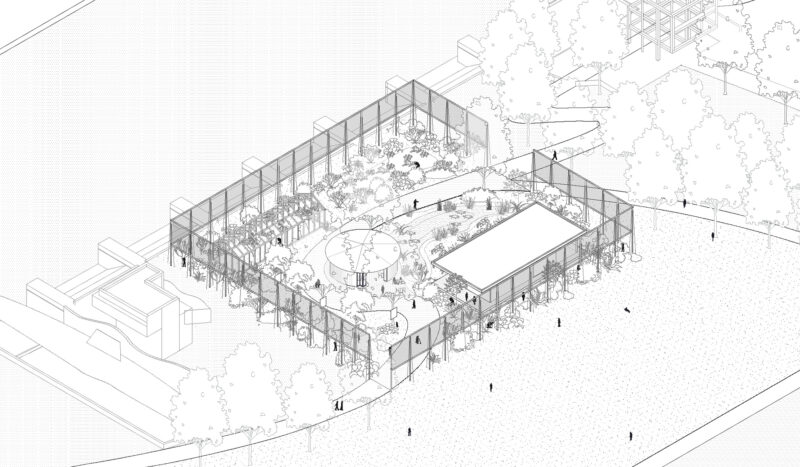 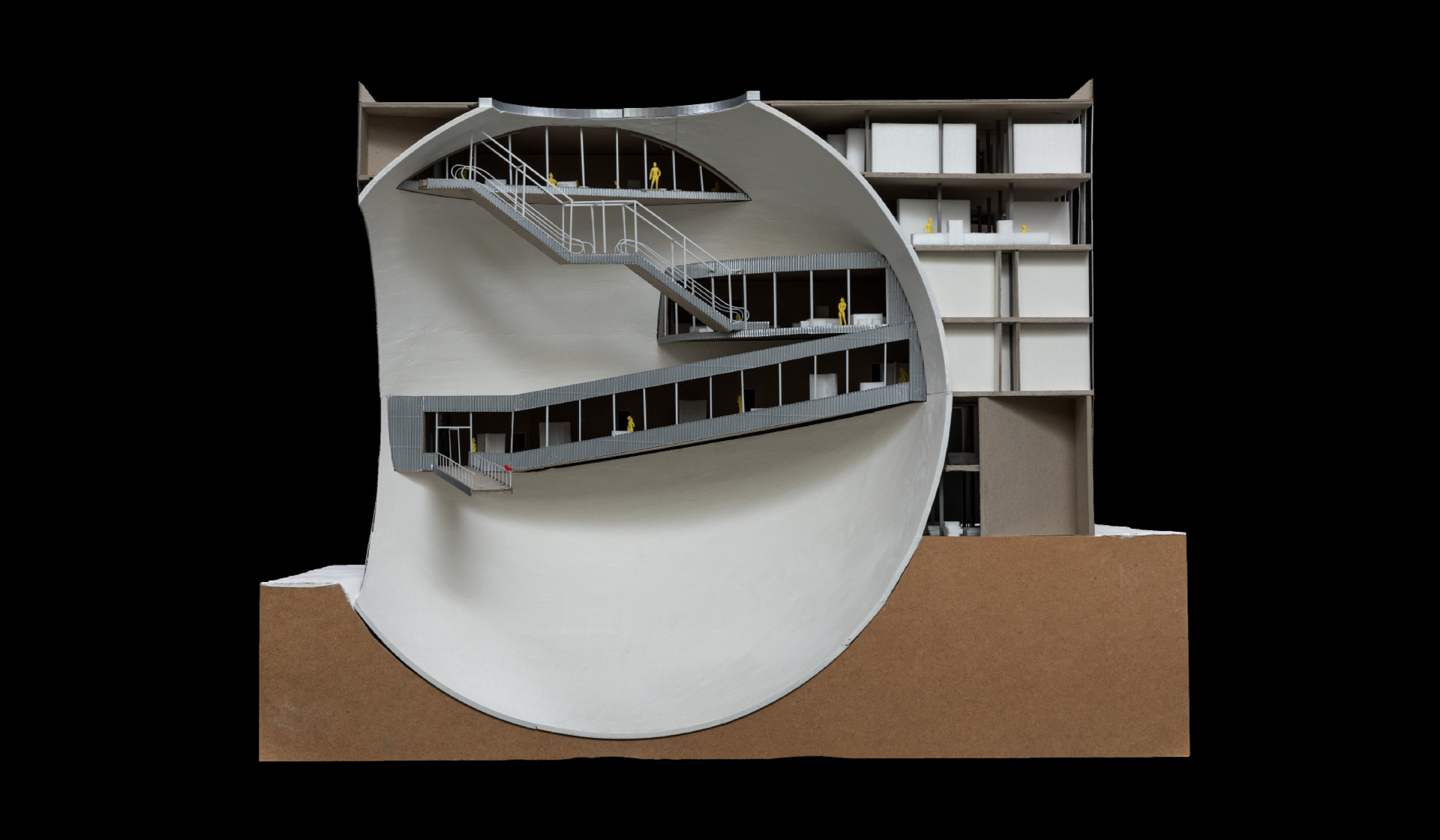 Year after year, day after day, more and more data is being produced, which is stored and archived. In such times, the question arises of how and what to archive and what to forget.
Throughout our history, ways of storing and documenting different media have evolved. While it used to be paper in the past, everything is now digitized.

The task was to think of 80% as a gray mass, pure archive, while only 20% was intended for the public, research and administration.
But why use up so much space when there are ways to store exabytes of data on just one string of DNA?
The premise of the design was therefore to completely dispense with the physical aspect of the documents and objects.
By radically reducing storage space by digitizing all documents and objects and storing them on bird DNA, a big void remains.

By intersecting this sphere(the void) with the large volume, the space opens up generously in the direction of the park.
The public space, which has its own development from the park to the large congress room, intersects floor by floor with the large sphere and allows glimpses to the inside. However, these rooms are closed to the outside, which gets emphasized by the thickened walls in which the serving rooms such as toilets, kitchen, etc. are located.
In contrast, research and administration spaces are strictly outside the sphere. These are opened to the outside and closed to the sphere. Each area, such as the DNA laboratory, conference rooms or office, has its own structure, which is only disturbed by the volume of the sphere and the public spaces.